The entire interpretation of flow cytometry data analysis is built upon gating. Gates are boundaries placed around cell populations that have common features like scatter or marker expression to quantify and study these populations.

Cells are first gated on the basis of their scatter properties. Forward (FSC) and side scatter (SSC) give an idea of the size and granularity of the cells respectively. As an example, in the analysis of blood cell populations, scatter based gating is highly useful since blood is made of cells of distinct sizes and granularity (see dot plot below). The granulocytes in the red square have a high SSC and can be easily demarcated from the monocytes and lymphocytes. The monocytes in the yellow square form a distinct population from the lymphocytes (pink square) which are smaller and less granular. Lastly, the violet square contains the debris and RBCs with the lowest FSC and SSC values. Scatter gating is a useful tool for the bulk sorting of cells when the purity is not an issue. For more refined sorting and analysis, marker expression is an obvious criterion. 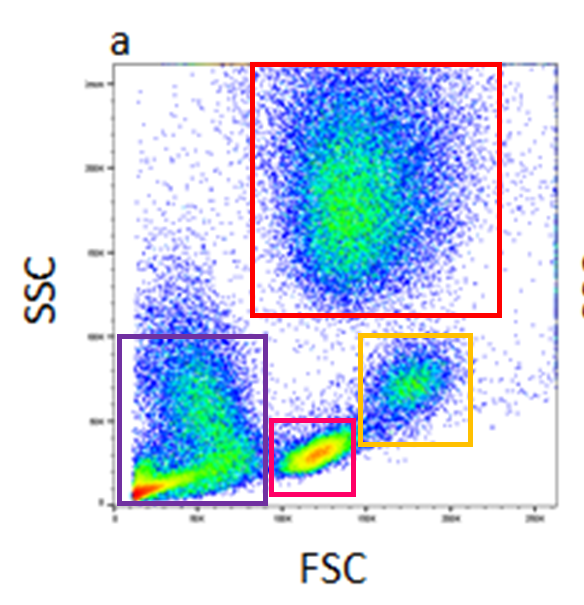 Once a certain population has been gated out on the basis of scatter properties, the next step is to further divide it into sub-populations based on surface (or intracellular) markers.  In the representative dot plot shown, lymphocytes are first gated on the basis of FSC and SSC and then divided into T cells and B cells on the basis of surface expression of CD3 and CD19 respectively. The dot plot on the right shows a clear demarcation of T and B cell populations. 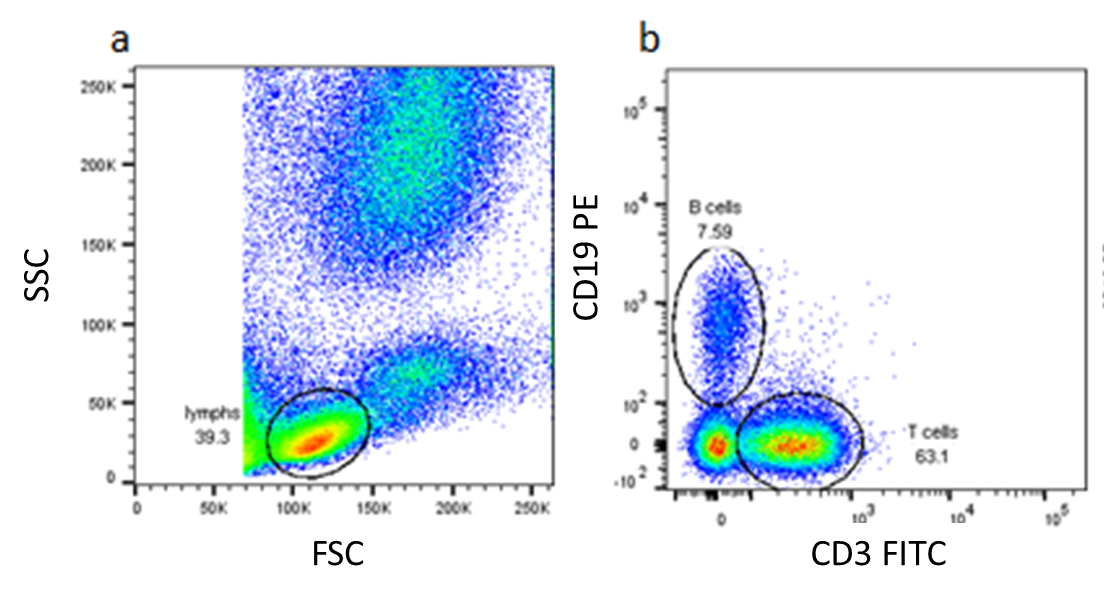 Back-gating is a method to confirm a gating pattern. The population that has been identified by a particular gate is gated again on entirely different parameters. It is usually done when one is trying out a new gating strategy or there is a concern of non-specific staining and false positives. 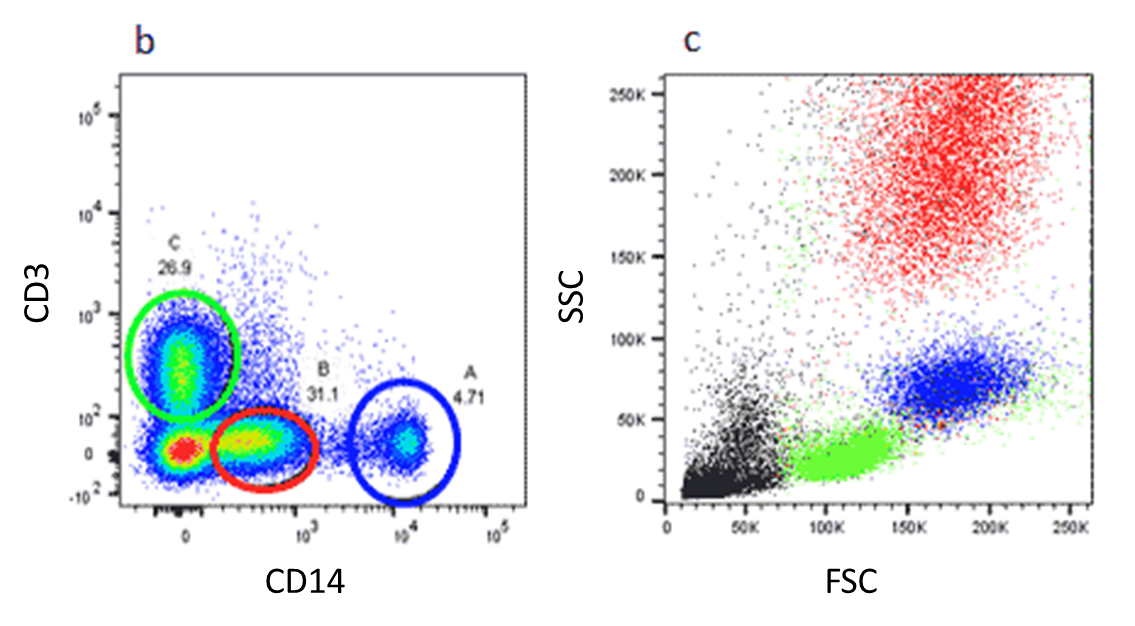 In the dot plots shown above, blood cells are first gated on the basis of CD3 and CD14 expression to separate T cells and non-lymphocytes. The populations in the green, red and blue ovals represent the T cells, granulocytes and monocytes respectively –. To confirm the identity of these populations vis-à-vis this gating strategy, they can be back-gated along FSC and SSC parameters. The dot plot on the right confirms these populations on the basis of their scatter properties.